In the current situation, we may again be thinking more about radioactive exposure. We still have three nuclear power plants in Switzerland and there are also countless of them near and far abroad. We could also be exposed to potential radiation hazards elsewhere. However, in no way do I want to stir up fear, you will learn here about NADH and other substances that could protect our bodies from damage in such a situation.

We remember well the Chernobyl nuclear disaster of April 26, 1986, the consequences of which were felt mainly in Ukraine, Russia, Belarus, the Baltic States, Poland, Moldova, Hungary and many other countries. Many people have died as a result of radiation exposure or are still suffering from serious problems such as thyroid and cardiovascular diseases and cancer. Radioactive iodine can leak into the environment during a nuclear power plant accident. If this is inhaled or ingested through food or drink, it can accumulate in the thyroid gland. As a result, thyroid cancer can develop in the long term.

In physics, radiation ranges from the longest radio waves, which transmit signals over long distances, to the shortest gamma rays. In everyday life, radiation from the decay of atomic nuclei that is potentially dangerous is called ionizing, nuclear, or radioactive. Under the influence of radiation, materials themselves can become radioactive, their chemical bonds are weakened by changing their properties, and chemical elements transform into others. Most commonly, irradiation of living organisms occurs through the air. High doses of radiation lead to serious consequences. Burns, acute radiation sickness, numerous diseases that can occur over time and even lead to death. Internal radiation is not only generated by respiration. Radionuclides can enter the body through contaminated food or water. For example, the Chernobyl accident released radioactive cesium-137 into the environment, where it will remain for hundreds of years. As soon as it enters the body with food, water or air, it is deposited in bones and muscles, irradiating people from the inside. Radiation to living cells alters their ability to repair themselves. It can also cause mutations in DNA that, if not repaired, lead to tumors. DNA damage occurs in the body all the time, but it is usually minor and can be eliminated by the cell’s defense systems. However, if the extent of damage exceeds a critical level, it leads to severe cellular dysfunction and an increase in the incidence of thyroid cancer, leukemia, tumors, and mental and endocrine disorders.

What can be done in case of radiation exposure?

In the event of a nuclear power plant accident, iodine tablets are used. In Switzerland, these are routinely distributed to households about 50 kilometers around a NPP every 10 years. The rest of the population receives them from the respective cantons within 12 hours in the event of an emergency. Iodine is important, helping to reduce the effects on the thyroid gland. But the body also needs selenium and vitamin E, which increase the body’s antioxidant activity and protect against oxidative damage to cells and DNA. That’s why I recommend Vitality Shot, it contains iodine, selenium and vitamin E as well as many other important minerals and vitamins. Moreover, various substances can increase the production of white blood cells in the blood to reduce the damage to the bone marrow and lower the risk of infection in a weakened immune system. Furthermore, clinoptilolite (volcanic earth) can rid the human organism of various harmful substances; it also binds radioactive elements, among others. The indigestible clinoptilolite loaded with harmful substances is excreted in the stool. The finely ground powder is available either directly as powder in sticks or in capsules. Another and very important supplement that can protect cells from the effects of radiation is NADH (nicotinamide adenine dinucleotide), a natural, endogenous substance, one of the most important coenzymes in the human body and brain, also known as coenzyme Q1. NADH is critical for protection against radiation damage, as it can not only increase ATP levels in healthy cells, but also restore metabolism in mitochondria, repair damaged DNA strands, and reduce overall levels of oxidative stress!

Among the various NADH products, NADH Vida is the only original product from the first manufacturer of stabilized, bioavailable, patented and scientifically recognized NADH. To date, numerous in vitro and in vivo studies have been conducted confirming the efficacy and safety of using NADH Vida as a protection against radiation exposure and as an adjunct to cancer therapy. One of the most important mechanisms of action is its role in apoptosis (programmed cell death). The study showed that NADH can regulate the activity of the apoptotic process by inhibiting the formation of free radicals and affecting pro- and anti-apoptotic genes. NADH also contributes to the protection of mitochondrial and cell DNA, as well as the restoration of already damaged DNA. NADH has been shown to protect against radiation enteritis by promoting autophagy (renewal of damaged cells) and inhibiting inflammation, as well as inhibiting cell death and the production of reactive oxygen species (“oxygen radicals”). In another study, NADH was shown to have a pronounced anti-radiation effect, the mechanism of which may be associated with the up-regulation of the expression (how a gene is expressed) of anti-apoptotic genes and the down-regulation of the expression of pro-apoptotic genes, as well as the decrease of intracellular reactive oxygen species. Also, NADH can repair Vida cell and DNA damage by increasing intracellular ATP levels. Due to the higher energy production induced by NADH, cells can synthesize essential components for cell regulation in higher amounts. As a result, they are better protected against the toxic effects of DNA-damaging substances. These results suggest that NADH can be used as a therapeutic tool for cancer patients to protect normal cells from the toxic effects of radiation therapy. In this way, NADH Vida can be an effective protection against radiation exposure and a supplement to cancer therapy with proven safety. The product can be used both prophylactically and to speed up recovery and improve general well-being. So we should not panic, radiation damage is currently only a theoretical threat. Nevertheless, it is important and good to know what could help you in such a case!

I recommend in case of radiation exposure consequently:

(in addition to the federal iodine tablets): 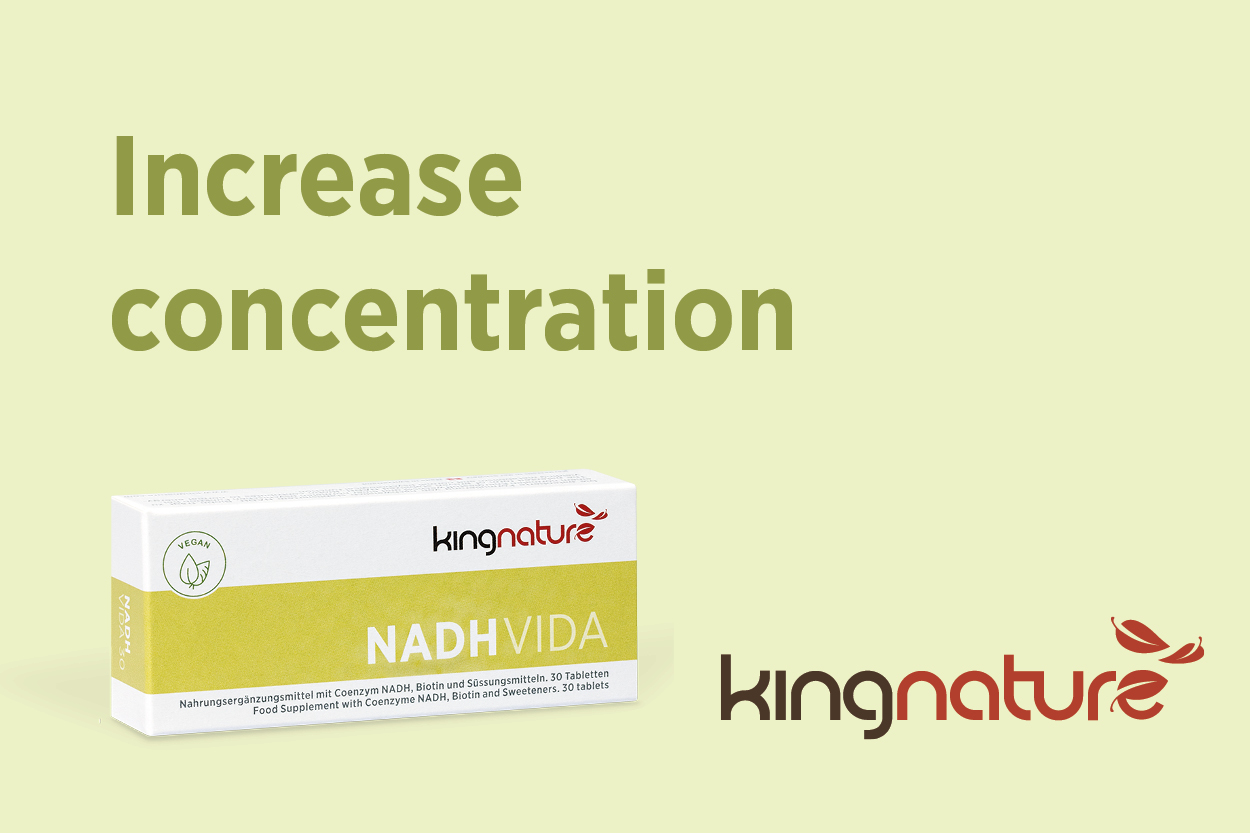