More and more people have problems falling asleep and/or sleeping through the night. Today’s society has to deal with various (environmental) influences that can have a negative impact on sleep. Those who want to improve their sleep should first and foremost avoid disturbing factors if possible and change certain lifestyle habits, which is not always easy. In addition, natural remedies such as tryptophan, sleep berry root extract, hydrolyzed milk protein and mulungu can help improve sleep.

Negative effects, which can lead to sleep disorders

If you want to improve your sleep, you should first and foremost avoid the above-mentioned disturbing factors as far as possible or change your lifestyle habits – even if this is only possible to a certain extent at the beginning. Every improvement counts! In addition, natural remedies such as the above-mentioned tryptophan, sleep berry root extract, hydrolyzed milk protein or mulungu can be used.

The “sleep hormone” melatonin and the “happiness hormone” serotonin

Our body produces the two hormones melatonin and serotonin, among others also in the intestine. The two substances are related: They share a common precursor in the essential amino acid tryptophan. Furthermore, serotonin can be converted into melatonin through biosynthesis.

Melatonin is the sleep hormone. Serotonin is a neurotransmitter that has a great influence on mood (via the central nervous system). Furthermore, serotonin controls how much melatonin is released and thus regulates the waking and sleeping state. The hormone is released in a controlled manner by the pineal gland (hypophysis) when it gets dark. The pineal gland can be hardened by fluorine or overdosed calcium and be limited in function. During the dark winter season, melatonin levels also remain elevated, which can result in fatigue and winter depression. The use of synthetic melatonin is highly controversial among experts. In my experience, melatonin tablets improve sleep only if there is a proven melatonin deficiency. This can be detected with a simple saliva test. Natural melatonin, which is found in foods such as pistachios, cranberries, mushrooms, etc., can be better absorbed.

Among other things, I recommend the intake of hydrolyzed tryptophan for sleep disorders, which in this predigested form is absorbed by all people within a very short time. OH-tryptophan (hydroxytryptophan) is the direct precursor of melatonin and serotonin. It is significantly more effective than the L-tryptophan normally found in nature.

It is scientifically proven that breast milk contains substances that have a calming effect on the infant. Scientists were able to isolate these substances and confirm their effectiveness by means of studies. We are talking about specially hydrolyzed milk proteins, more precisely a peptide called α-casein. This is produced naturally in a special process. The effect of it is comparable to the drug diazepam, which is used as a therapeutic agent against anxiety and sleep disorders. Hydrolyzed milk protein is also unproblematic for milk allergy sufferers, as the broken down form is tolerated by all people. Between 150 to 300 mg is needed for a good calming effect in adults.

The sleeping berry root from India

Ayurvedic medicine cannot be imagined without the sleeping berry or its root. It is called ashwagandha in India and has been used for 3000 years. In the West, we call the plant Indian ginseng or use the botanical name Withania somnifera. Of particular interest are the withanolides contained in the root. These active substances are also found in other nightshade plants. They have an anxiety-relieving, sedative effect at low doses and a stimulating effect at high doses. When taken over a longer period (at least 4 weeks), they lower cortisol levels and thus stress levels, and have a regulating effect on the day-night rhythm. As a mechanism of action, substances from ashwagandha are thought to occupy receptors in the anxiety center of the brain. The calming effect of Ashwagandha on the nerves has been scientifically proven with almost 1000 studies. Isolated extracted withanolides alone have no sleep-promoting effect, but in the total extract the stronger.

Experience shows that the stimulating effect is perceived from about 30 mg of withanolides. However, very sensitive people can feel this even from low doses of about 15 mg withanolides. Those who are so inclined would have to take ashwagandha with their evening meal instead of before going to sleep, and in no case in the middle of the night to help them sleep through the night.

I do not advise pregnant women to take it, because continuous use in high doses can cause premature births. Also, ashwagandha can increase the effect of alcohol. Finally, ashwagandha powder is known to be contaminated with pesticides and heavy metals. Therefore, look for a controlled extract.

Each people has its specialties in its natural tradition. In Brazil and Peru, the traditional household remedy is the mulungu plant, also known as the Brazilian coral tree. It is used as a sedative and sleep aid. Although seeds, fruits, roots and bark can be eaten in addition to the flowers, the bark and root are of particular interest for medicinal use. In published studies** it has been proven that certain neuroreceptors are blocked by Mulungu, which has a calming and anxiety-relieving effect on the nervous system. Mulungu is still little known in Europe, but is experiencing a growing popularity in the USA.

Those who want to improve their sleep are first and foremost urged to avoid the disturbing factors mentioned at the beginning as far as possible or to change their lifestyle habits – even if this is only possible to a certain extent at the beginning. Every improvement counts! In addition, natural remedies such as the above-mentioned tryptophan, sleep berry root extract, hydrolyzed milk protein or mulungu can be used. 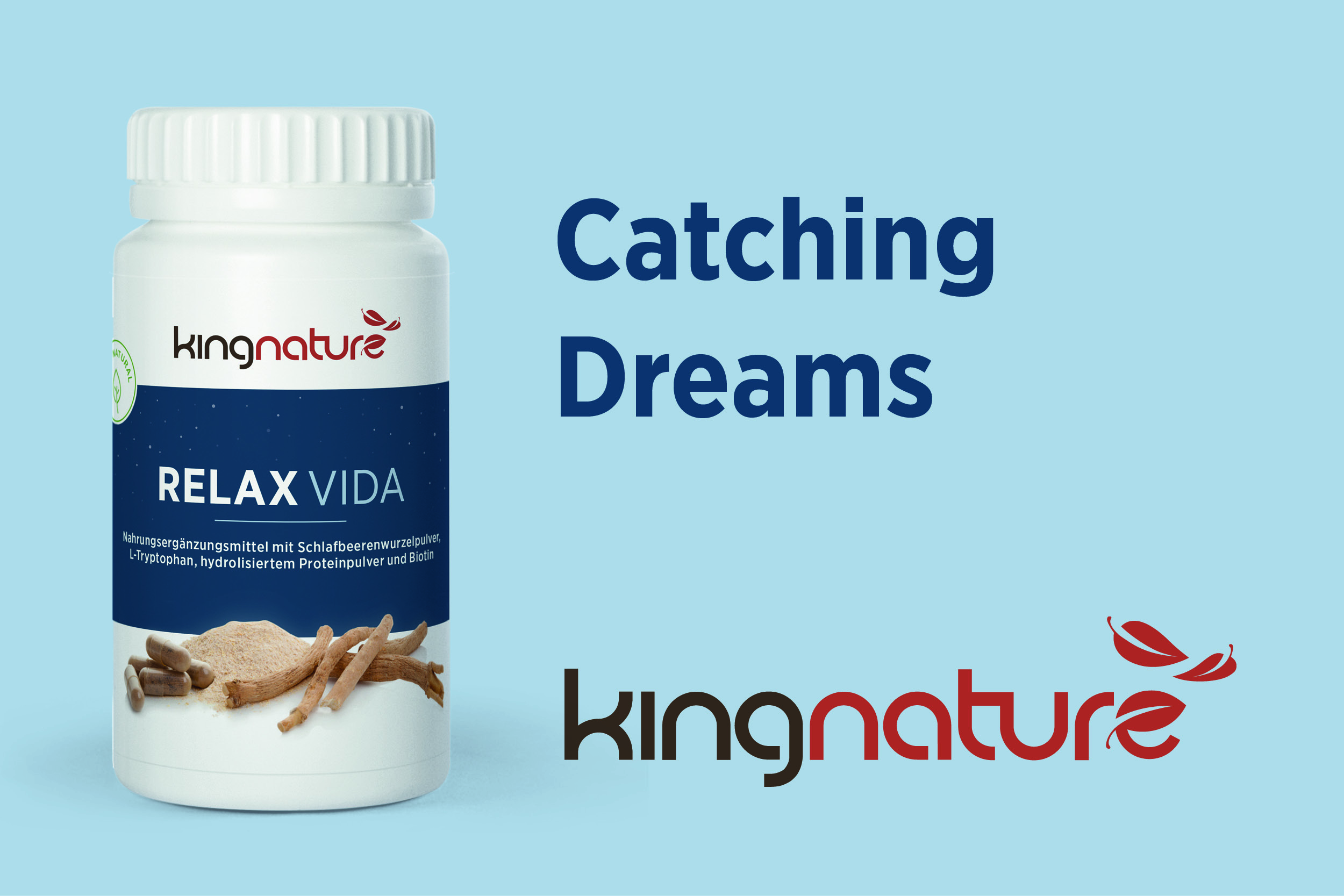