Artemisia annua has been known in Chinese folk medicine for 2000 years. It is an annual plant that grows into a man-sized bush in summer and also thrives well in our latitudes. It belongs to the plant genus Artemisia, which includes about 250 to 500 species. Other Artemisia species are for example mugwort, wormwood, stickwort or rue. The species Artemisia annua is very well researched. To date, 245 different active ingredients have been isolated and proven. In addition to the best-known ingredient, artemisinin, these include numerous anti-inflammatory polyphenols.

And the winner is… Artemisia!

The Nobel Prize is one of the highest awards in science and an honor for every researcher. In 2015, the Nobel Prize for Medicine went to – Artemisia! At least indirectly… The 84-year-old Chinese Youyou Tu received the prize for her discovery of the active ingredient artemisinin in the Artemisia plant. When common antimalarial drugs lost their effectiveness at the end of the 1960s because the malaria pathogen was becoming increasingly resistant, Ms. Tu turned to traditional Chinese medicine in search of alternatives. She came across Artemisia annua and extracted the active ingredient artemisinin from it. This has since been used in medicines and has significantly reduced the mortality of malaria patients.

Artemisia annua in the video

Learn more about the artemisia annua and the vital substances it contains in the video with Dr. Heinz Lüscher.

The effectiveness of Artemisia annua against malaria is proven worldwide by hundreds of thousands who have been cured of malaria by this plant extract alone. Thanks to Artemisia annua, the poorest people in Africa, who cannot afford expensive medicines, can be helped effectively.

Meanwhile, the plant’s main active ingredient, artemisinin, has been patented as an antimalarial and is produced mainly in China and India. It is considered one of the best antimalarial drugs ever, but as with all monosubstances, resistance has already emerged.

Less resistance when the whole plant (leaves) is taken

If, on the other hand, the plant extract (obtained from the leaves) is used, resistance is much less likely to develop because the plant contains other substances that are effective against malaria. Against a single active ingredient (= monosubstance), the malaria pathogen (a specific Plasmodium) may still be able to defend itself and develop resistance. However, if the pathogen is confronted with a whole volley of active substances, this is much more difficult for it. Unfortunately, the pharmaceutical industry works almost exclusively with monosubstances, which is why various formerly good antimalarial drugs are now almost ineffective. There is a danger that it will be similar with artemisinin.

To date, no resistance has occurred worldwide when the whole plant is used. It is therefore important to use all the ingredients of the plant for malaria and not just artemisinin alone. The clinical cure rate for malaria is 90-95%.

Artemisia can also be taken preventively when traveling to a malaria area, but it is important to know that in some areas in Africa (e.g. Uganda) there are now very resistant pathogens and it is therefore recommended to continue Artemisia therapy for some time after leaving the malaria area (more on this under Dosage).

Mechanism of action of artemisia

But how does Artemisia work against the malaria pathogen? Many mechanisms of action are still unknown, but at least one is known. And this one is extremely remarkable. Artemisia annua contains a chemically stable peroxide, which cannot exist according to basic chemical rules, but does in God’s creation. Plasmodia (or cancer cells for that matter) contain 10-20 more iron ions compared to normal cells. When the peroxide comes into contact with this iron, it breaks down into two aggressive free radicals. These damage affected cells decisively so that they die. This mechanism is also the reason why Artemisia must never be taken together with iron, but must be taken outside of meals. Otherwise, there is a risk that the peroxide bridge will already break in the stomach or intestine. But it should not do so until it is inside or near pathogens or diseased cells.

Among the cured malaria patients there were also those who had AIDS in addition, and this disease was also improved or cured in many cases. Meanwhile, there is strong evidence that Artemisia is able to fight viruses, especially in the early stages of a disease. The following studies deal with the antiviral properties of Artemisia annua:

According to my experience, Artemisia annua can be used successfully for flu, colds and other viral infections. If you take plenty of Artemisia at the first signs of flu or cold, there is a good chance that you will feel completely healthy again the next day. This is very encouraging, even though there is little scientific basis for it.

Artemisia also seems to help against bacteria. There is preliminary evidence of an effect, but the data is still thin. There are observations of anti-bacterial properties in vitro on gram-positive and gram-negative bacteria. The data situation is somewhat better for leishmaniasis and African sleeping sickness, which are caused by protozoa, but which do not play a role here in Europe.

While it can be partially explained how Artemisia works against malaria, it is still largely unknown what mechanisms are responsible for Artemisia’s antiviral and antibacterial effects. So far, we cannot say why Artemisia works, but we can observe and scientifically state that it does!

Artemisia tastes bitter, so Artemisia powder is available in capsules.

Artemisia is also available as granules in convenient sticks. These are especially suitable for children or people who have difficulty swallowing capsules. Mostly the granules are prepared in such a way that the bitter taste of Artemisia is not felt in the mouth, which is a plus especially for children.

Artemisia leaf cut can be used to make a tea, which also works very well. To do this, 4 times a day 1 tablespoon of tea leaves pour hot water (max. 80 ° C) and infuse for 10 minutes. Tip: In case of sore throat gargle with the tea and then swallow!

There are special cultivars of Artemisia annua that, unlike wild plants, also grow well in the tropics and have up to 20x higher active ingredient content.

Since we assume an antibacterial, antiviral and also fungicidal effect of Artemisia annua, an Artemisia cream must also have an effect on skin diseases. According to the reports of numerous users, this is indeed the case. 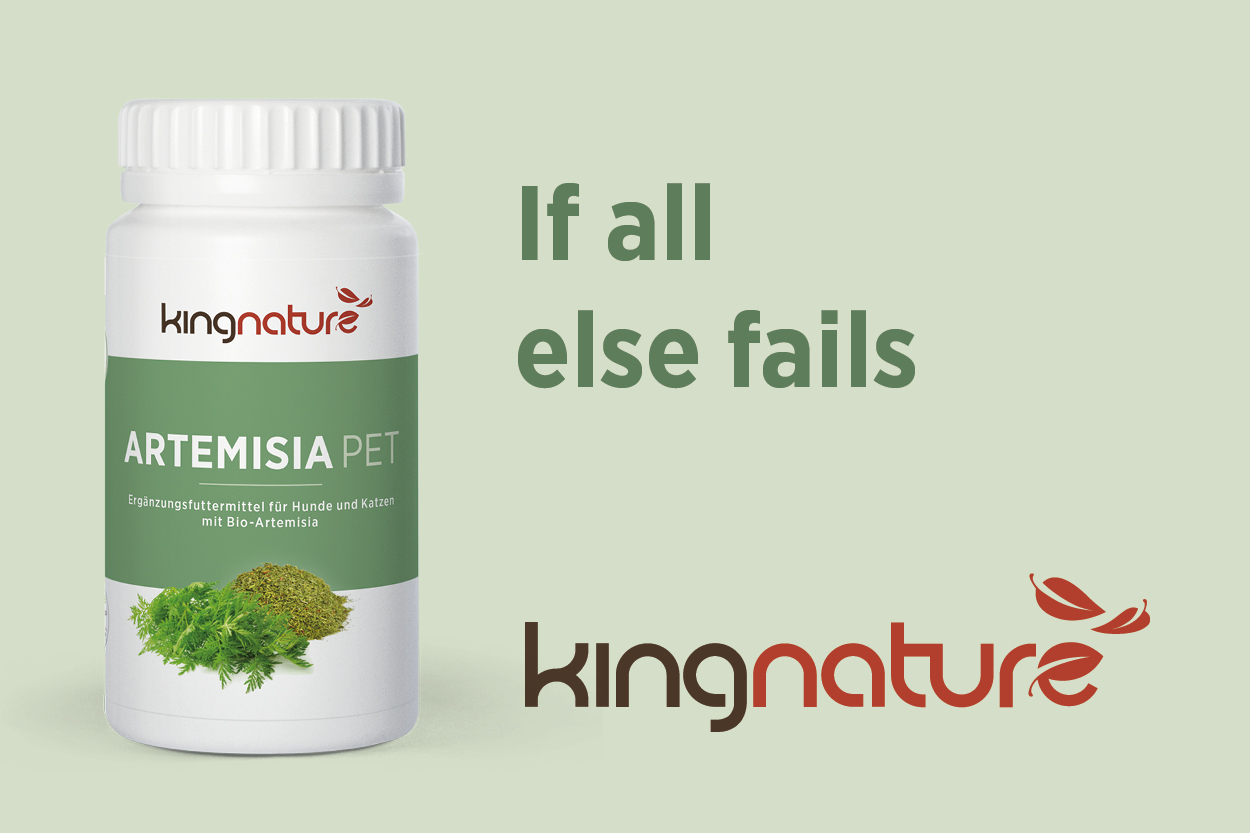 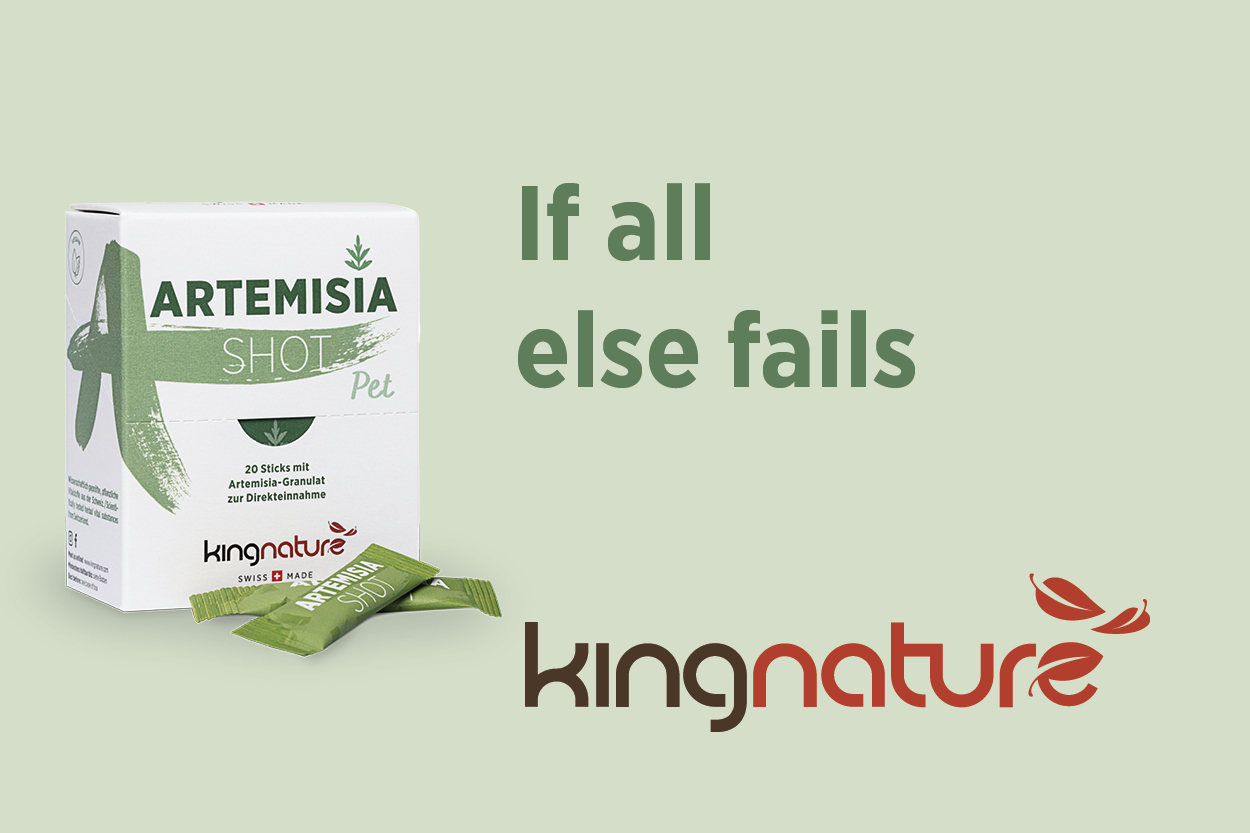