The chokeberry (Aronia melanocarpa) has it all! It trumps with a sensationally high content of antioxidants, which gives it an incredible health potential.

Origin of the Aronia Berry

The chokeberry (Aronia melanocarpa) originally grew wild in the USA, but has been cultivated in Europe, including Switzerland, for several years. The plant grows like a bush and can grow to a height of two to three metres. It is extremely hardy and frugal and does not require any pesticides. What is really astonishing, however, is the enormous health potential of these berries, which are not very noticeable both visually and in taste!

The berries have long attracted the attention of complementary medicine because of the high content of polyphenols. These secondary plant compounds have numerous beneficial effects on health.

The total content of polyphenols is 10-20 g/kg (University of Illinois study), which is much higher than that of raspberries, strawberries or blueberries. Polyphenols occur exclusively in plants and are found in the outer layers of fruits and vegetables, but also in cereals. In their chemical structure they show several aromatic rings (phenol). They have an antioxidant effect, they eliminate the so-called harmful free radicals in our body, which are partly responsible for numerous serious diseases and also promote the ageing process. For this reason, the effects of polyphenols in the body are not limited to one organ, as with a drug, but these substances have several positive effects on different organs at the same time.

More than 200 studies prove the connection between the intake of more berries, fruits and vegetables (in organic quality) and the decrease of cardiovascular diseases and cancer. Some of these studies have been published in well-known medical journals and are still ignored by most doctors.

An antioxidant, also known as a free radical scavenger, can interrupt the chain reactions of free radicals and thus prevent cell damage and thus diseases. Free radicals are oxygen-containing molecules that are dangerously unstable because they lack an electron in their chemical structure. In their “search” for the missing electron, free radicals are extremely aggressive. The next best intact molecule in the body is simply “robbed” of the required electron. This “electron theft” is called oxidation. If the oxidations in the body’s cells exceed a tolerable level, so-called oxidative stress occurs. The cells are damaged, which can lead to various diseases. This is where the antioxidants come into play, because they release one of their electrons “voluntarily” and thus protect the cells. 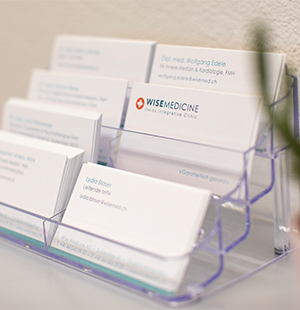