Essential amino acids are not only interesting for athletes! They have various important and complex effects in the human body, which is why they are indispensable for all of us. A deficiency or imbalance in the amino acid balance can lead to serious illnesses.

What are amino acids?

Amino acids are vital for every organism, without them the body could not exist at all. They are the basic building blocks of all proteins that form tissues, such as organs, muscles, etc. Amino acids have other functions, too, such as hormones, precursors of enzymes and neurotransmitters. Thus they are involved in many metabolic processes. Most proteins in the diet consist of chains of over a hundred amino acids. In the stomach they are broken down into smaller chains in an acidic environment with the help of the enzyme pepsin. However, as even these polypeptides cannot yet be absorbed by the intestines, the splitting process (also called hydrolysis) continues in the intestines. The enzymes trypsin and chymotrypsin are found there, which split off the individual amino acids in the alkaline environment of the intestine and thus make them absorbable. Only hydrolysed, individual amino acids can enter the blood through the intestinal wall.

Essential amino acids in the video

Learn more about essential amino acids and the vital substances it contains in the video with Dr. Heinz Lüscher.

Protein-forming amino acids basically (there are few exceptions) occur in two chemical structures, or forms, namely the L-form or the D-form. L-amino acids are “left-turning” (levo, left), D-amino acids are “right-turning” (dextro, right) and a mixture of the two forms is called racemic form. In principle, the organism can only continue to use the L-form, as it only has the right enzymes for this.

It is very important for the human body to have a balanced amino acid balance. Otherwise it can have enormous effects on the immune system, the energy balance, as well as the structure and functionality of the body. An increased demand for essential amino acids is present in the following situations: In vegetarians and vegans, children and adolescents, pregnant and breastfeeding women, senior citizens, the overweight, athletes, in stress and certain diseases.

In the following, I will briefly explain the various effects of the individual essential amino acids:

These three amino acids are very similar in their effects and together they form a strong team. Because of their structure, they belong to the so-called Branched Chain Amino Acids (BCAA). These three are very important for muscle building as they have many properties that can have a positive effect on protein synthesis. After physical exertion they prevent the breakdown of proteins in the body, which has a positive effect on muscle maintenance. In major physical stress situations, such as operations or injuries, Valin prevents increased protein breakdown. This also has an influence on wound healing and resistance to infections. Leucine, isoleucine and valine also have a positive effect on the body’s own energy production. During or after intensive sporting activities, they inhibit the breakdown of glucose in the body. They stimulate insulin secretion and ensure the regulation of blood sugar. In situations in which the body is exposed to particularly high stress, they serve as a source of energy. Even in situations where both the carbohydrate reserves and the fat stores are depleted, high-energy glucose can be produced from the three amino acids leucine, isoleucine and valine. They are therefore very suitable during diets. They increase the basic energy metabolism and actively support weight loss. BCAA are also involved in the release of the growth hormone somatotropin. During puberty, this hormone regulates bone growth in particular, and with increasing age it has a direct influence on the ratio of muscle tissue to fat cells. In the central nervous system, valine also acts as an important precursor of the messenger substances that transfer information and stimuli from one nerve cell to another. Much more can be expected from BCAA, e.g. they play an important role in liver diseases and patients suffering from a mental illness such as schizophrenia can also benefit from them.

Methionine is involved in various bodily functions. Among other things, it contributes to the formation of various substances in the body, such as hormones, neurotransmitters and nucleic acids. Methionine is a precursor of the amino acids taurine and cysteine and the antioxidant glutathione. The metabolically active form of methionine is S-adenosyl-methionine, which is found in almost all body tissues and fluids. It is needed for the synthesis, stimulation and breakdown of many substances in the body, particularly active in the brain. Methionine also supports the regeneration of the liver and kidneys. It has an antioxidant effect and can accelerate the breakdown of toxins.

Lysine also has various functions. For example, it contributes to the formation of enzymes, hormones and antibodies and promotes cell division. It is effective against viruses, e.g. herpes viruses, which are responsible for cold sores, among other things. It promotes bone growth, is involved in the formation of collagen and supports fat metabolism. It also promotes the healing of wounds. Children and young people have an increased need for this essential amino acid compared to adults.

The amino acid threonine also has various functions. It plays an important role for the immune system, as it is needed for the formation of immunoglobulins and antibodies. It also helps to maintain the healthy function of the thymus gland, where the so-called T-lymphocytes (a group of white blood cells that serve as an immune defence) mature. Threonine is an important building block in the chain of protein metabolism and contributes to the production of enzymes and hormones. It is involved in the biosynthesis of vitamin B12 and isoleucine and is used to produce energy during periods of intense physical exertion.

Tryptophan is used by the body to produce the hormone serotonin. This causes the body to fall asleep and to enter into deep sleep and the REM sleep phase. Serotonin also contributes to healthy stress resistance, reduces mood swings and has a mood-lifting effect. Serotonin is also converted into the sleep hormone melatonin, which is important for the functioning of our “inner clock” (circadian rhythm). For the metabolism of tryptophane to serotonin and later to melatonin, some additional cofactors are needed. These include, for example, some vitamins from the B-complex.

For a long time it was assumed that proteins mainly produce energy, so we learned that 1 gram of protein releases 4 kcal. Today we know that there is an anabolic and a catabolic metabolic pathway for proteins. In the anabolic pathway, the amino acids are only used to build up protein in the cells, which does not release any energy, so these amino acids are calorie-free. In the catabolic pathway, the proteins are “burned”, releasing energy and producing a considerable amount of nitrogen waste. This nitrogen waste (ammonia) has to be broken down in the liver and excreted via the kidneys, which is a great strain on both organs.

During the combustion of amino acids in the body (catabolic metabolic process), a considerable amount of so-called nitrogen waste (90% ammonia, 10% uric acid) is always produced. Both waste products put a strain on the intestines, liver and kidneys. Most vegetarians and vegans rely on soya as a source of protein, while athletes mainly rely on whey. Fitness centres sell large quantities of protein food made from whey for muscle building. So let’s look at the amount of nitrogen waste in common foods:

A suitable dietary supplement with essential amino acids is, for example, derived from legumes (vegan), the amino acids should already be split (hydrolyzed) and ready for absorption, also a product should be calorie-free and virtually free of nitrogen waste.

Essential amino acids are offered as food supplements or dietary foods. The easiest way to consume them is in the tablet form.

IMPORTANT: The individual amino acids must be hydrolysed. Only then can they be absorbed by the body in less than 30 minutes and cannot cause allergies!

One should take approx. 5 grams of amino acids each with a little water. In case of illness in the morning and during sporting activities 30 minutes before exercise. The recommended maximum dose is 10 grams per day.

There are no side effects. Proteins can cause allergies or intolerances, but this is not possible with a product made of hydrolysed amino acids. 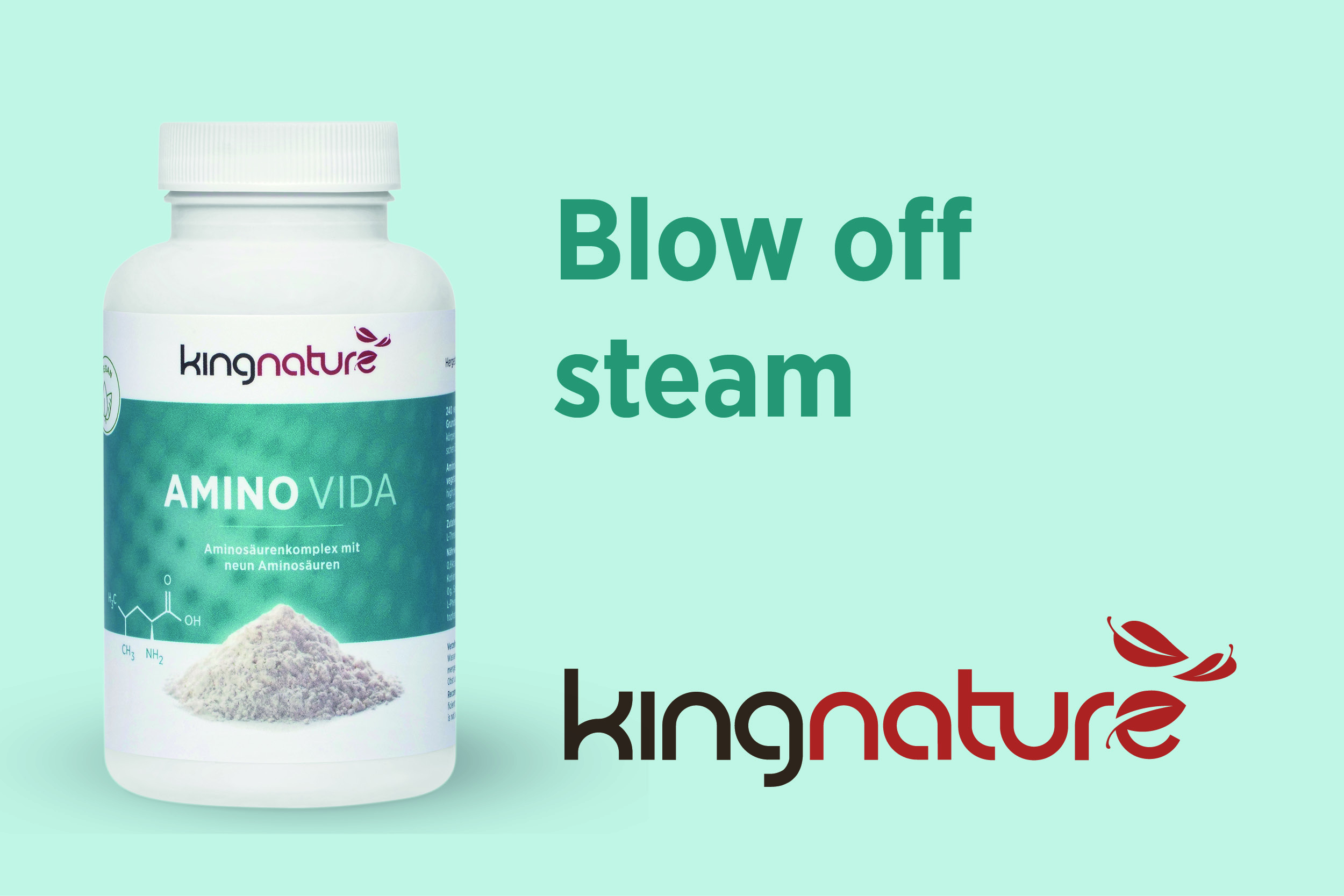 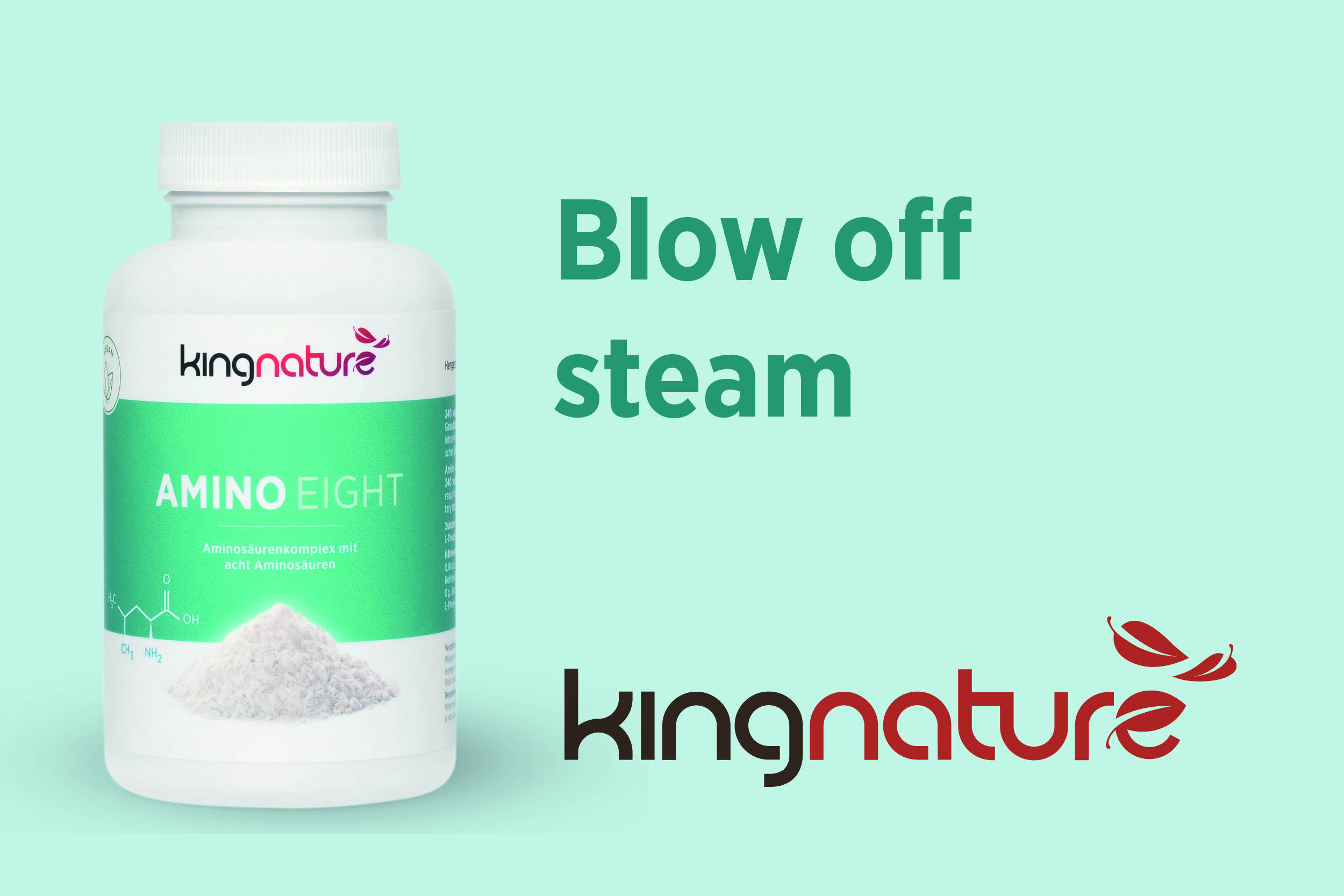