The Reishi mushroom, also known as Ganoderma lucidum and Lingzhi, is a fungus that grows in various hot and humid locations in Asia. It is true king among the medicinal mushrooms. It is a natural alternative to cortisone, has anti-inflammatory properties, strengthens the liver, has a calming, stabilising effect and strengthens the immune system. A true lucky mushroom, then, for those who know about this and use it.

The Reishi (Japanese “divine mushroom”), Latin Ganoderma lucidum or Lingzhi, ranks among the most important medicinal mushrooms and probably among the oldest medicines in the world. It can be found all over the world and grows mainly on deciduous trees, preferably on oaks. Reishi is not an edible mushroom, it tastes bitter and its consistency is hard. It is therefore a pure medicinal mushroom.

In China, it has been used for medical purposes for thousands of years and almost everything written in ancient China about the effects of Reishi has been proven in modern scientific studies. In China the medicinal mushroom is called “Ling Zhi”, which means, “Divine mushroom of immortality”. In ancient Chinese medicine Reishi was classified as one of the highest quality remedies, which were also called “herbs of God”. It was placed at the top of the list before all other plants and was even called the “King of Medicinal Plants”.

In China and other Asian countries, the mushroom is still considered a symbol of happiness. Anyone who knows it could actually call himself a lucky fungus, because there is hardly another medicinal fungus with such a wide range of applications. It is used successfully in liver diseases, allergies, inflammations of all kinds, but also heart and lung diseases ect. The ingredients of Reishi offer an arsenal of active ingredients, a whole pharmacy so to speak. Accordingly, the modes of action and applications of Reishi are extremely diverse and complex. About 400 bioactive substances have been detected to date. It is therefore worth taking a closer look at this unique medicinal mushroom!

Reishi Medical Mushrooms in the video

Learn more about the reishi mushrooms and the vital substances it contains in the video with Dr. Heinz Lüscher.

Some 150 triterpenes are found in Reishi. These are chemically and pharmacologically extremely interesting and diverse secondary plant compounds. These protect the Reishi itself against infestation by microorganisms and have a strong antibacterial and anti-inflammatory effect on the body. Due to their chemical structure, terpenes and the substances derived from them, such as triterpenes, can be used for all diseases in which steroid hormones – such as cortisone – are normally used. However, in contrast to cortisone, Reishi therapies have no side effects! The release of histamine, which is responsible for swelling, redness and itching in allergies, is curbed. With its high content of triterpenes, this medicinal mushroom has an extremely favourable effect on all inflammations in the body.  Triterpenes can also strengthen the cardiovascular system, lower high blood pressure (hypertension) and prevent or counteract liver insufficiency.

Adenosine, which is found in this medicinal mushroom, has a calming and relaxing effect on the muscles and thus has the opposite effect to the neurotransmitter acetylcholine. The transmission of stimulation between the nerve and the contraction of the smooth muscles is thus reduced. In Asia, many people drink Reishi tea regularly in the evening because it makes them relaxed and sleepy. This is attributed to the fact that the medicinal mushroom also has a sedative (calming) effect on the brain cells and helps to bring the central nervous system (CNS) to rest. The good thing about Reishi tea is that it does not have a hypnotic or narcotic effect like conventional sleeping pills and is not addictive even with prolonged use.

It is also worth mentioning the various nucleotides, sterols, amino acids, alkaloids, antioxidants, vitamins and minerals (e.g. a lot of iron) contained in Reishi mushrooms. Among the trace elements found in this fungus, germanium is of medical importance. With such a wide range of active substances and ingredients, it seems important to me to point out that the healing effect of Reishi is not due to individual isolated active substances, but to the wonderful overall combination of ingredients formed by the creator of the fungus.

It is interesting to note, that, in the Reishi spores, the active ingredients are found in their most concentrated form. The spores are therefore regarded as the most valuable part of the fungus. The oval yellow-brown Reishi mushroom spores, which are used by the mushrooms for asexual reproduction, show a much higher bio-activity of the ingredients mentioned above compared to the level of ingredients found in other parts of the mushroom.

Antitumoral, antimicrobial, antioxidant and other effects of Ganoderma Lucidum, a review: https://www.ncbi.nlm.nih.gov/pubmed/29534044 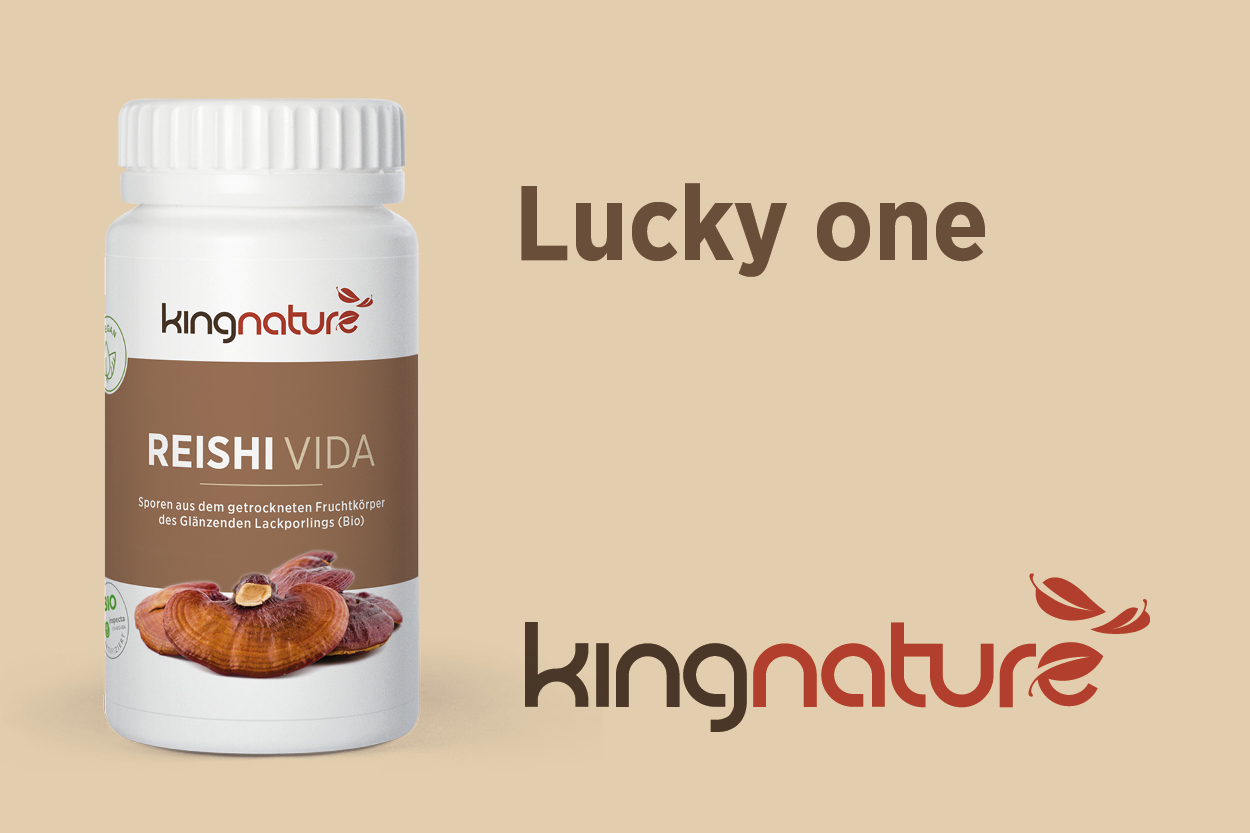