Various highly potent antioxidants such as OPC are found in grape seed extract, which explains why a very wide range of diseases can be positively influenced. In the foreground is the positive effect on the cardiovascular system.

In 1979, the so-called French paradox was described, namely that the heart attack rate in France is one third lower than in the USA, although the French eat more fat, smoke more and exercise less, but drink considerably more red wine. In the meantime, countless other studies have been carried out worldwide on this subject, with the same results every time: The probability of dying from a heart attack or stroke is 40 – 60% lower among regular wine drinkers. I do not want to tempt you to drink to excess. However, having a glass of wine every now and then is obviously beneficial to health. The reason for this is the secondary plant substances contained in wine, namely OPC, even if wine contains only a small amount of them in comparison with grape seed extract, for example.

Grape seed extract and OPC in the video

Learn more about the grape seed extract (Vino Vida) and the vital substances it contains in the video with Dr. Heinz Lüscher.

OPCs (oligomeric proanthocyanidins) are a group of colourless, natural plant substances found in many fruits, vegetables, nuts, tree bark and leaves. The content of OPC is also the reason why the leaves change colour in autumn. OPC has now been detected in more than 500 different plants. The amount of OPC is particularly high in grapes, especially in the seeds and skin. Grapes with seeds that have been bred away are therefore nonsense.

The effect of OPC

OPC is a highly potent antioxidant, it neutralises dangerous free radicals that cause damage in various organs throughout the body. This explains why so many diseases can be positively influenced by OPC. The spectrum of effects of OPC in the body is almost too good to be true. In the foreground is the protective effect on the walls of the blood vessels. In the arteries, this reduces the susceptibility to arteriosclerotic deposits (“arteriosclerosis”). Arteriosclerosis is a risk factor for many dreaded cardiovascular diseases, such as high blood pressure, heart attack, stroke, etc. In the veins, the walls become tighter and less permeable, which counteracts varicose veins and leg oedema. On the skin, OPC has a similar effect, it helps to build up collagen and makes the skin firmer and more elastic. The brain also benefits from OPC because it crosses the blood-brain barrier.

How can you benefit from OPC?

Our body cannot produce OPC itself, so it has to be supplied by food. The OPC content in fruits develops only at the very end of the ripening process. Many of the fruits offered in shops have been picked in an unripe state and have in some cases been transported long distances. Unfortunately, we usually remove the skins from those fruits that contain the most OPC. Grape seeds are usually removed or swallowed whole, so that they have no effect on the body. If we want to benefit from the various effects of OPC, the only way to do so is often to take OPC in the form of capsules.

Another potent active ingredient from grapes is resveratrol

Resveratrol is mainly found in the grape skin, but in smaller amounts also in the rest of the vine plant, in the seeds, stems, vines and roots. Resveratrol belongs to the so-called polyphenols, which are known for their high antioxidant potency. Resveratrol has also been shown to have a pronounced antioxidant effect. The antioxidant effect is important for vascular protection in the heart and blood circulation. However, the brain is also known to suffer from excessive oxidative stress. Resveratrol, which crosses the blood-brain barrier, has also been shown to have a neuroprotective effect (protection of brain cells) in several in vivo studies in rats.

If a grape seed extract capsule also contains vitamin C, which is also a powerful antioxidant, this further enhances the effect of OPC and resveratrol and vice versa (synergistic effect).

There are no side effects. However, people who are taking anticoagulants (anticoagulants) should talk to their doctor about the possible strengthening effect of grape seed extract. The anticoagulants might be reduced, which could be a good thing. This “precautionary measure” does not apply to platelet aggregation inhibitors (e.g. Aspirin cardio). 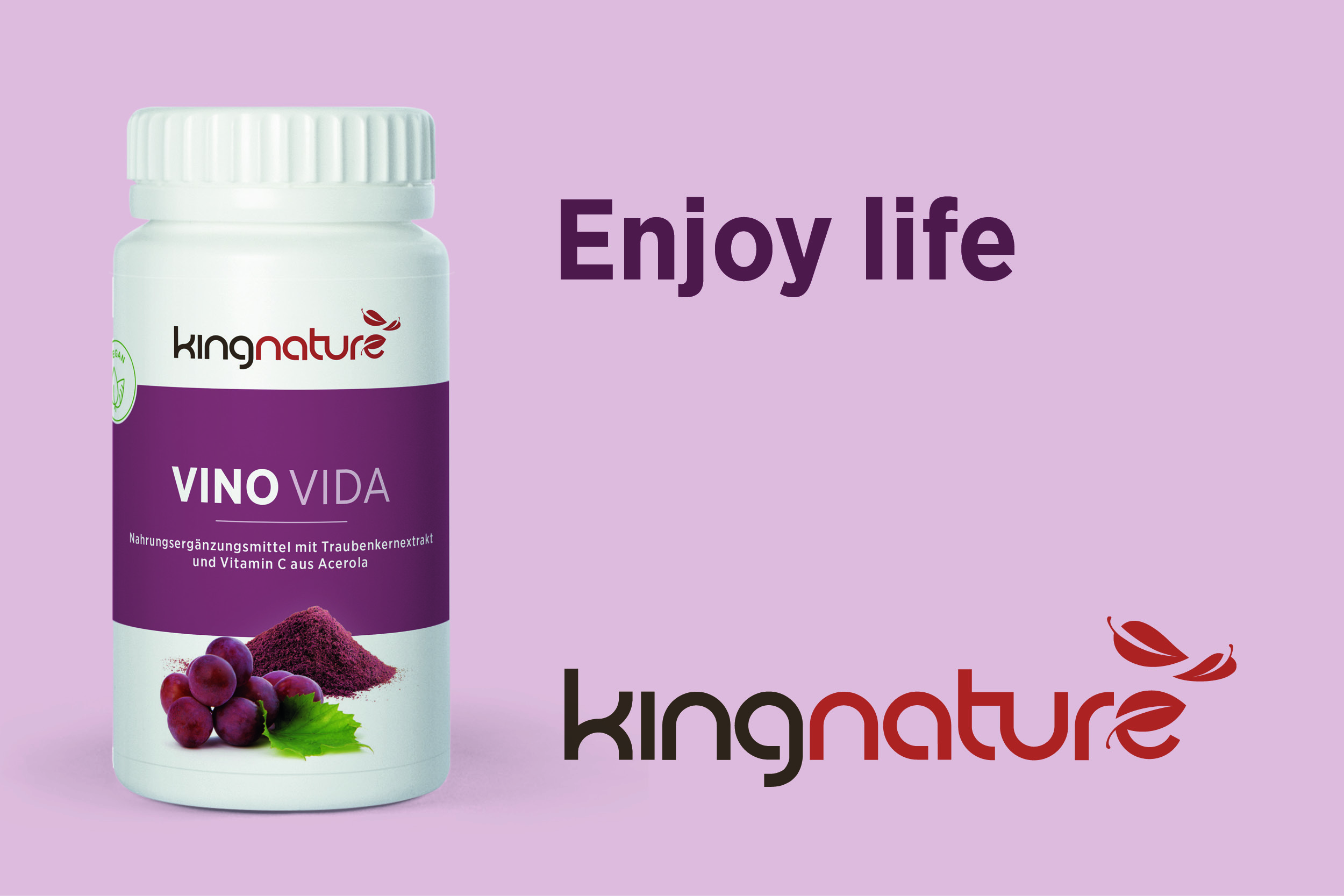