Clinoptilolite is used for detoxification of the body as a finely ground powder. The volcanic earth thus passes through the gastrointestinal tract and binds toxins to itself – similar to a sponge. Examples include heavy metals, intestinal gases, acids, toxins, metabolic waste products, histamine, etc.

Clinoptilolite is a collective name for a group of unspecified minerals of the zeolite group. They are often found in volcanic areas, which is why one also speaks of volcanic earth. The special feature of these “stones” is that they have a microporous framework, resulting in a structure with many cavities (pores and/or channels) in which substances can be adsorbed (not absorbed).

Adsorption refers to the accumulation or binding of substances from gases or liquids on the surface of a solid (absorption, on the other hand, means the penetration of substances into the interior of a solid or liquid). Zeolites have a very large internal surface area due to the numerous voids, which allows even more substances to be bound. We could speak of a “mineral sponge”. Through adsorption, when clinoptilolite zeolite products are taken in the body, various harmful substances are bound and thus excreted. Furthermore, pollutants are also transported out of the body by the volcanic rock through ion exchange. The already mentioned framework of clinoptilolite is a special crystal lattice structure, which consists of silicon and aluminum. These minerals are negatively charged, while in the cavities there are minerals (e.g. calcium or iron), which are positively charged. Through ion exchange, positively charged harmful substances from the body now also migrate into the crystal lattice of clinoptilolite, while minerals that are valuable for the body migrate out.

With these mechanisms clinoptilolite can free the human organism from various harmful substances. Similar to a sponge, it binds heavy metals, toxins, metabolic waste products, histamine, intestinal gases, bacterial or mold toxins, free radicals, acids, cytokines (inflammation-promoting substances) and radioactive elements. The indigestible zeolite, loaded with these pollutants, is excreted in the stool without burdening the metabolism. Clinoptilolite is therefore a natural and very effective product for detoxification of the entire organism and can contribute to the causal basic treatment of many diseases.

Clinoptilolite binds intestinal gases, which is a boon for flatulence and digestive problems.

Inflammatory processes in the intestine

Clinoptilolite removes irritants and pollutants from the focus of inflammation, thereby relieving the intestinal mucosa and strengthening the intestinal barrier, from which people suffering from chronic inflammatory bowel diseases, irritable bowel syndrome and leaky gut syndrome can benefit.

People who suffer from allergies have elevated histamine levels, these can be lowered with clinoptilolite, and thus the symptoms reduced. If the allergies are seasonal (hay fever), it is best to start taking clinoptilolite about a month before the onset of symptoms.

Some migraine patients respond positively to clinoptilolite when they take it at the very first symptoms of a migraine attack and can at least reduce the symptoms.

People with ADHD often have evidence of heavy metal contamination in their bodies or suffer from leaky gut, which is why they can also benefit from clinoptilolite.

Clinoptilolite is available as a finely ground powder, which can be taken dissolved in a little water. The advantage is that the effect can already begin in the oral cavity and then in the stomach. On the other hand, the powder is also available in capsules, these have the advantage that you do not taste the “stone meal”, the effect begins in the intestine. With both variants it is important not to take clinoptilolite with meals, but about half an hour before. It is best to divide the daily dose between morning, noon and evening. It is also recommended to keep this distance from other medicines or food supplements. Depending on the case and disease, I recommend a daily dose of 2400 to max. 6000mg clinoptilolite distributed throughout the day. Clinoptilolite should be taken with enough liquid (200ml).

Can aluminum dissolve from clinoptilolite?

Time and again, voices are raised that fear that aluminum could dissolve from the crystal lattice structure of silicon and aluminum and thus burden the body with aluminum. In fact, aluminum can be dissolved in certain quantities by stomach acid, but the crucial point is that this is excreted in the stool and does not enter the bloodstream. Therefore, aluminum can be detected in the stool, but not in the blood.

In 2018, a major review on the safety of clinoptilolite used internally was published in Frontiers in Pharmacology. Researchers reviewed and compared the scientific literature and studies on the subject. Here you can read about the wide range of positive effects of clinoptilolite, as well as its safety in use. It is important to know that these evaluations are about natural zeolite in the form of clinoptilolite, which has been prepared and approved for medical use. The grain size of clinoptilolite is optimally between 800 nanometers and three micrometers for a safe and effective product. When buying a vulcanized earth product, it is imperative to make sure that it is a medical product in order to benefit from the positive effects and safety of use. 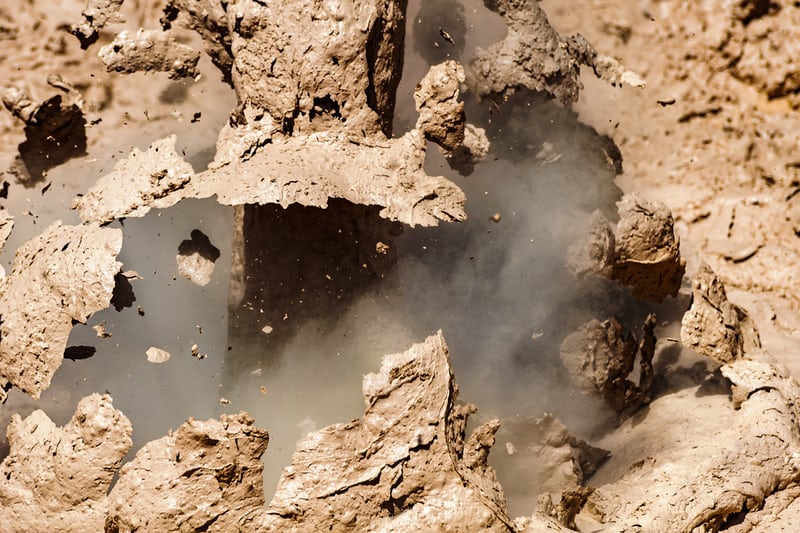