Cayenne pepper consists of ground chili peppers. There are over 400 varieties of chili, which originally come from South America and differ massively in their degree of heat. Contrary to its name, cayenne has nothing to do with a pepper plant. The chili peppers owe their spiciness to a substance called capsaicin, this ingredient is also interesting from its medicinal effect in the body.

In the past, people believed that you should not eat anything spicy, because it harms the stomach. Because of this opinion, hot spices are still used rather rarely in our latitudes. Today, however, there is increasing evidence that people in countries with a traditionally spicy diet benefit in terms of health.

Pepper and cayenne/chili are two completely different things. Pepper (with the vital substance piperine) irritates the gastric mucosa, but on the other hand improves the utilization of nutrients in the intestine quite decisively. Pepper also prevents gas formation in the intestines. So always cook with plenty of pepper. To protect the stomach, as paradoxical as it sounds, you can use cayenne/chili. The protection of the stomach lining by chili is so striking that it can be used to treat stomach burns and even a stomach ulcer.

Cayenne pepper (chilli) in the video

Learn more about the cayenne pepper and the vital substances it contains in the video with Dr. Heinz Lüscher.

Why does chili burn in the mouth?

Capsaicin irritates the ends of heat nerves in the mouth, especially those on the tongue. One can get used to the spiciness because the taste or pain nerves are not affected. These nerve endings now secrete a messenger substance called a neurotransmitter, which leads to a widening of the fine blood vessels and thus of the overall blood flow. The burning sensation in the mouth, however, is perceived by the brain as pain, which in turn leads to the release of endorphins (a kind of happiness hormone). That’s why hot eaters soon seem uplifted and cheerful, they are in the so-called “pepper high”.

Attention, chili does not only burn in the mouth: Chili powder in the air leads to burning eyes and irritates the nasal and bronchial mucosa. Anyone who has touched chili with their hands should not rub their eyes afterwards.

The pungency of chilies

Here are some examples:

Chili peppers owe their spiciness to a substance called capsaicin. Among other things, it has an antibacterial and fungicidal effect, but it also has other interesting effects in the body.

Capsaicin is found only in the pith of a chili pepper, not in the seeds. Capsaicin is very persistent and is not destroyed by cooking or freezing.

Capsaicin is not water-soluble, but fat-soluble. Therefore, if it burns too much in the mouth, it is of no use to drink water. However, the fire can be extinguished with a little fat (e.g. with a spoonful of oil).

The effects of capsaicin:

Capsaicin stimulates the production of mucus in the stomach lining. The protective mucus layer becomes thicker and the stomach is better protected from the gastric acid necessary for digestion. This can have a beneficial effect on gastric problems such as stomach burns, reflux (heartburn) and even stomach ulcers.

Capsaicin increases fat burning and can therefore be used additionally in a therapy with diet and exercise for weight reduction. Eating chilies leads to increased sweating, which in turn consumes more calories.

Support of the cardiovascular system

The consumption of chilies has a beneficial effect on the cardiovascular system. The capsaicin helps to reduce the “bad” cholesterol, which could be deposited in the blood vessels, without affecting the “good” cholesterol. It reduces already existing deposits that can lead to heart attacks or strokes. It can also block the action of a gene that causes arteries to contract, restricting blood flow. In this way, blood flow is promoted.

Furthermore, capsaicin and other substances contained in chili stimulate the production of the body’s own cortisol. This could be interesting for burnout patients. People who are under constant stress produce more cortisol in the adrenal cortex. It has an anti-inflammatory effect and ensures that the body has the energy it needs in stressful situations. However, the adrenal gland is only capable of constantly producing large amounts of cortisol for about three years. After that, it falls into a state of exhaustion with a rapid drop in cortisol levels. This results in the clinical picture of burnout, a state of complete physical and psychological exhaustion. In addition to the necessary professional guidance and support, cayenne pepper can help burnout sufferers to stimulate the production of the now missing endogenous cortisol.

There are studies that confirm the effectiveness of capsaicin, especially in neuropathies, i.e. nerve pain. The fiery ingredient of the chili is usually administered directly to the affected areas through the skin as a patch or cream/gel. Thus, for example, annoying pain caused by herpes zoster (shingles) can be alleviated. Of course, muscle tension and pain or joint pain also benefit from such gels or patches.

Be careful when massaging in creams with your hands! Use disposable gloves to prevent the capsaicin from getting into the eyes or on mucous membranes (the active ingredient remains stubbornly on the hands even after washing them)! Even better are gels with a roll-on, with which you can treat only the affected areas and save the gloves. 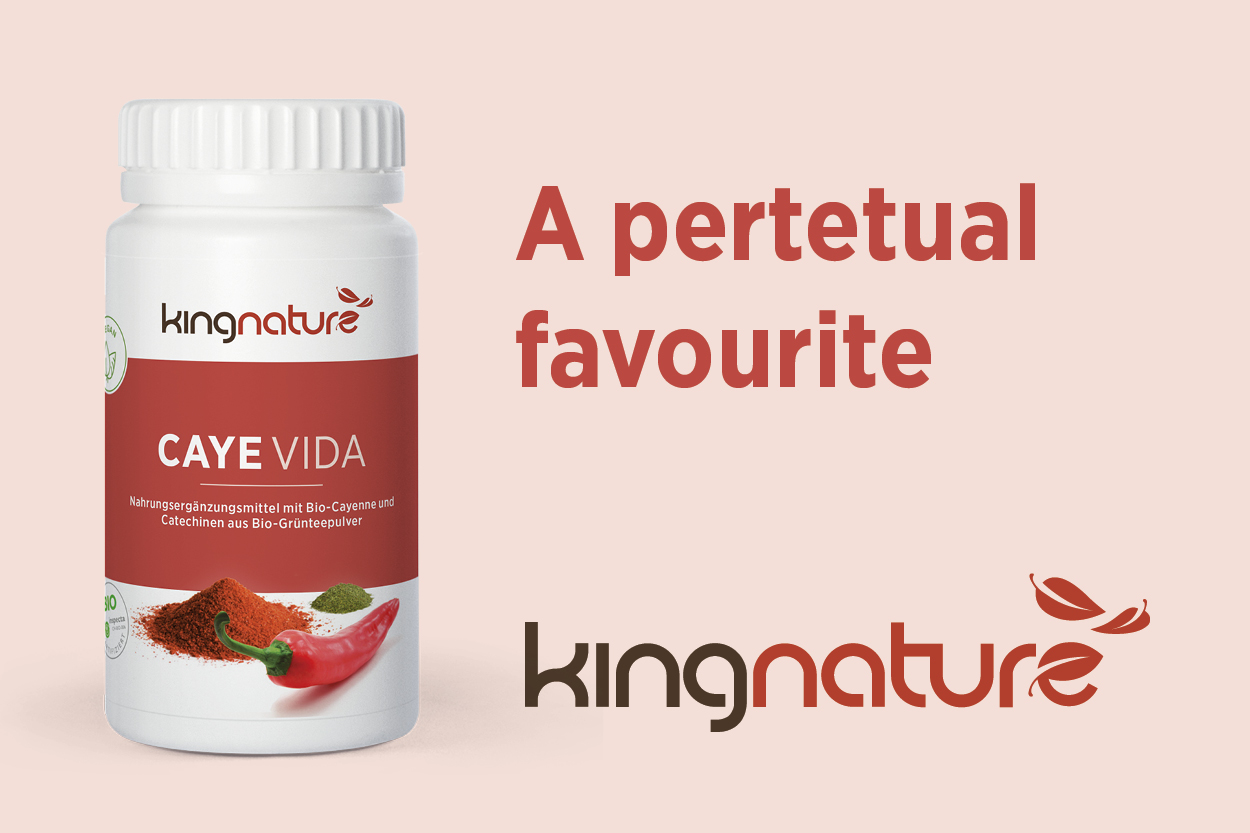 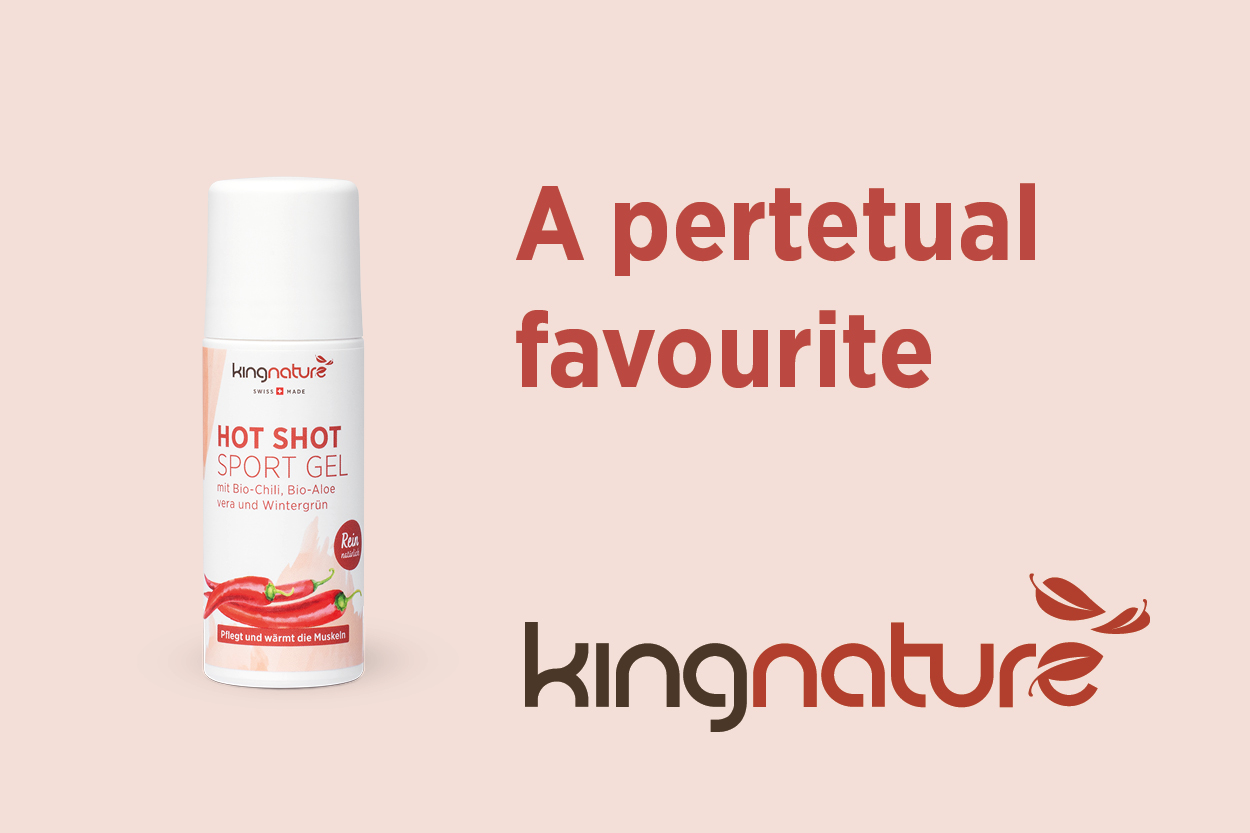